Jack turned 8 months old today. Jen and I are sort of beside ourselves thinking that eight months have already passed with him in our lives. A new member of Jack's crew

We are astonished at how Jack already has a large circle of friends. Yes, a sociologist would explain this phenomenon very quickly by saying, "As his parents, you have friends who are roughly your age, so it stands to reason you're all going to have kids around the same time." Still, it's like a baby explosion around here, and Jack has a lot of company.

The new kid on the block is Audrey (Jen is holding her in the pic below). Audrey and I share a birthday! Her parents, Kurt and Courtney, are getting used to life without sleep. Jack has seen Ellie a few times this month and also got to hang out with his best buddy, Alexander. It's kind of funny that we have so few pictures of Sonja, the girl-next-door and half of our nanny-share. I guess because Jen and I are always flying out the door to get to work, the camera doesn't get pulled out. Fortunately, we captured these two in a few photos. Check the February album (still a work in progress) to her and the other little ones.
Watching Jack's friend group grow makes me think of the things our cohort of friends have done together over the years:

And now we swap stories about baby's "firsts" and fret over eating and sleeping habits and growth percentiles. We celebrate each new birth and watch Jack's circle of friends grow.
Posted by mjb at 8:16 PM No comments:

Jack is a voracious reader. He enjoys fiction, mostly, but also keeps tabs on current events by reading the Washington Post. His guilty pleasure is reading the Style section front-to-back because he enjoys the snarky, too-cool-for-school attitude of the writers. During the day, Jack asks his mom and dad to read him books like "Sheep in a Jeep" and "One Fish, Two Fish, Red Fish, Blue Fish." At night, Jack likes to settle into some sleepy-time books like "Goodnight Moon" and "The Going to Bed Book."
Posted by mjb at 12:49 PM No comments:

On the boats and on the planes 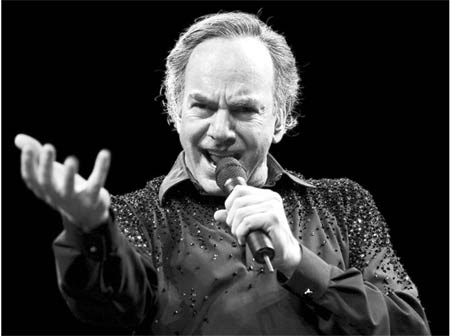 So the entire household came down with some nasty virus. I caught it first and had a feverish Monday night after struggling through work during the day and class that evening. On Tuesday, Jen was feeling it and Jack had a pretty rough day, too. Tuesday night, Jack came down with the fever.

There's nothing worse than when your helpless little baby-- who depends on you for everything-- gets sick. Jack's recent ear infection came with a low-grade fever, but this was something new. On Wednesday morning, we spoke with the pediatrician's office and learned that his fever-- ranging from 101 to 103-- was considered "beneficial," meaning his body was fighting the virus. North of 104 and you've got a problem. (The threshold for babies is higher than adults.)

Well, since the whole family was sick, Jen and I were able to stay home and take care of our ailing child. It was a sad day, filled with short naps and fussiness.

Jack is generally a happy, go-lucky kid. But when he was working through his fever, he was completely out of it-- glassy-eyed and lacking his usual spark. There are a few things that you can do to easily get a smile out of the boy, but none of them were working (not even the hippo counting story!)

Last night, I found one thing that cut through the fever and got Jack laughing and smiling. And that thing is our national treasure, Neil Diamond. I put my forlorn little baby in the swing to try to distract him and, for some reason (I blame the cold meds I was on), "America" came to mind. Complete with triumphant finger-pointing ("Today!") and other signature-Neil drama, my hoarse singing sent Jack into gales of laughter.

Jack stayed hydrated, and with momma nursing him through the night, broke his fever to wake up a new baby-- smiling and happy again. The moral of the story? Everyone should know about the healing power of Neil Diamond.
Posted by mjb at 11:21 AM No comments:

Well, we're still not sleeping through the night, but at least we get to enjoy Jack's daytime antics. He started babbling again after a 10-day quiet period and he's getting a lot better at tummy time. Enjoy this short video of our bouncing baby boy.

You may have already noticed there was a photo album building behind the pictures in previous posts. Since there wasn't a big holiday or event in January, I just kept loading new pics into the same album. Click the picture above to see them all.

We're making our way through Jack's first ear infection, and it hasn't been pretty. Sleep has been a precious commodity and the little guy is difficult to console in the middle of the night when he's tired and uncomfortable. We have a follow-up appointment scheduled on Tuesday to see how the antibiotic did. Based on the way he shakes his head, we think the ear infection traveled from his left ear to his right, but the doc will tell us for sure. Sadly, I have passed this trait onto my son, as I was prone to ear infections as a kid. Hopefully, he doesn't have too much trouble.

On a brighter note, Jack is now a champion sitter and a happy kid during the day. His smile still lights up the room, and as he gets bigger, he shows obvious delight interacting with anyone who plays with him. Over the weekend, he positively lit up when Aunt Niki joined us at a restaurant in Del Ray for lunch. I'll add those pictures to a new February album soon.
Posted by mjb at 9:10 PM No comments: